Interview with Man Parrish in Los Angeles on Valentines Day

To celebrate this release we are interviewing Man Parrish in Los Angeles on Valentines Day! 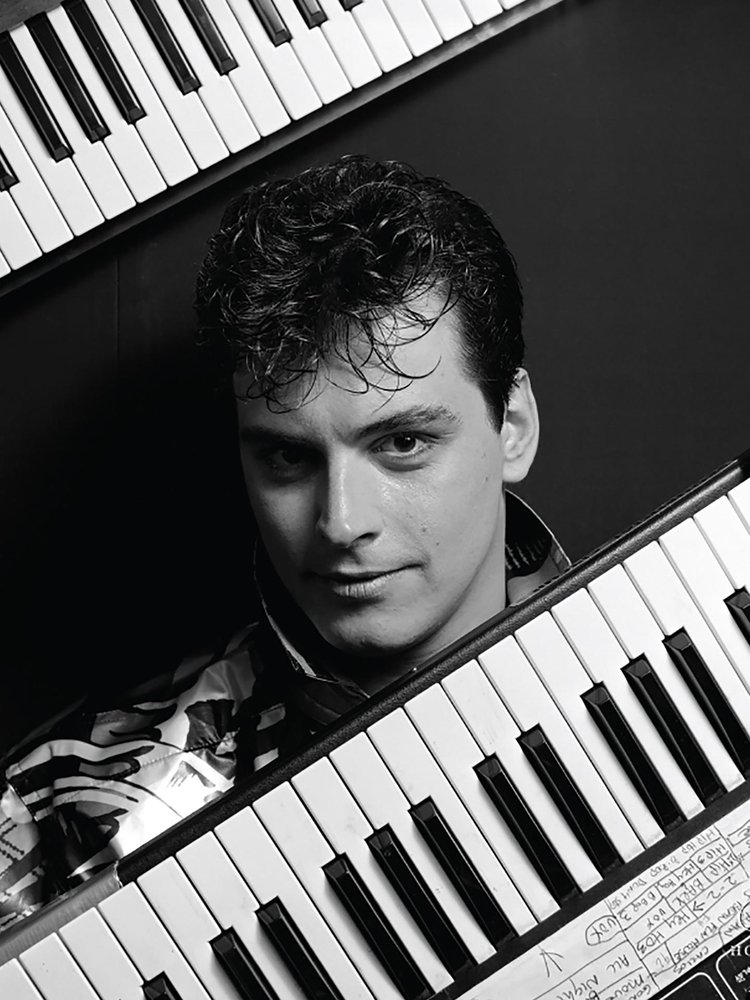 RED BULL MUSIC PRESENTS HEATSTROKE: THE ADULT SOUNDTRACKS OF MAN PARRISH
BUY TICKETS HERE
Doors open at 7:00 PM · February 14, 2019 - 21+ Only
Ukrainian Culture Center
4315 Melrose Ave., Los Angeles, CA
For the last forty years, Man Parrish has been world-renowned as a legendary and highly influential electro/Hi-NRG performer and producer. Until recently, it was little known that he also applied his pulsating, hypnotic dancefloor tracks to several male adult films in the 1980s. These electro-funk soundtracks add an intoxicating, almost eerie tone to the heavy-duty action. This Valentine’s Day, we invite Man for an in-depth conversation on his wild life as an openly gay man in 1970s and 80s NYC, whose teen obsession with far-out stoner ‘head music’ lead him to wield synths and beat boxes to create a futuristic groove that rocked Bronx hip hop parties, underground gay discos, and 42nd street porno houses. Joining Man will be Josh Cheon, head of the reissue label Dark Entries, which is rereleasing “Hot Rod to Hell", a rare 1982 cassette of explicit poems by Roy Garrett with sonic “scenery" by Parrish.

We are pleased to announce our Valentines Day release, a rare glimpse of NYC gay underground history circa 1978-82 with proceeds going to Housing Works

Roy Garrett born Roy Samber in Newark, New Jersey arrived in New York City hungry to explore the sex and porn scenes he’d seen advertised in the Village Voice’s classified section. He danced in Times Square theaters The Gaiety, Ramrod, and Big Top before moving into adult film. From 1979 through 1983 Garret starred in ten films, five of them for Joe Gage, including his lead role in 'Heatstroke'. Throughout this period of self-discovery, he wrote the suite of 48 poems that became ‘Hot Rod to Hell’. In 1982 he recorded and self-released the poems on cassette with haunting, atmospheric score by Man Parrish, who also did several soundtracks for Gage. The project was produced for the stage by Manhattan illustrator Robert W. Richards who calls 'Hot Rod', "a searing voyage through the labyrinths of modern male sexuality; its geography ranging from porn theaters to back room bars to the intimacy of shared beds. Only a man born at exactly the moment in gay history that Garrett was could have lived through and conceived this work.” Roy Garrett tells his stories of sex, violence, truth, and illusion, as visceral and personal a record as any of that moment in gay history pre-AIDS. Joe Gage, describes 'Hot Rod' as, “…sweet danger. This is a perceptive look at the underside of love. It is funny, scary, surprisingly moving and best of all, extremely acute in observing the specifics of the human condition.” By April 1992, Garrett would succumb to AIDS-related illness, aged just 37. All poems have been carefully remastered for vinyl by George Horn at Fantasy Studios in Berkeley. The records come housed in a jacket designed by Gwenael Rattke and includes an 44-page full color magazine with all 48 ‘Hot Rod’ poems plus 44 previously unpublished poems from Garrett’s archive. All proceeds from ‘Hot Rod’ will be donated to Housing Works, a New York City based non-profit fighting the twin crises of AIDS and homelessness.