We are excited to share our next 3 re-issues with the world today! Psyche from Canada and their early demos with Dwayne of Skinny Puppy, Crash Course In Science from Philadelphia and their debut 4-song EP circa 1981, and the debut LP from Lassigue Bendthaus of Germany from 1991!

At the end of 1981, brothers Darrin and Stephen Huss and schoolmate Dwayne Goettel performed for the first time as Psyche in Edmonton, Alberta, Canada. Their live show was a combination of horror and electronics that was completely unprecedented in Western Canada. Although Goettel and the Huss brothers parted ways before Psyche was to release any material, the masters containing Dwayne Goettel's performances were preserved in the band's vaults.

Now, 19 years after Goettel's untimely passing in 1995, Dark Entries records presents "Re-Membering Dwayne", the original Psyche-Dwayne Goettel sessions. All tracks were recorded and mixed on 4-track during a single day in March of 1983. Psyche's early material is visceral and abrasive, a far cry from the sleek, dark synthpop they'd later become known for. Like the body horror films of fellow Canadian David Cronenberg, Psyche disquietingly conflate the organic and the mechanical, calling into question the limits of the human form. Dwayne, who would join Skinny Puppy a few years later, contributes heavily to this more aggressive, disturbing sound.

All songs have been remastered for vinyl by George Horn at Fantasy Studios in Berkeley. Each LP includes a 12-page booklet with excerpts from Darrin Huss' diary, unpublished photos of Psyche with Dwayne, and an essay by Darrin reflecting on Psyche's past and the Goettel legacy as well as lyrics. This collection is a glimpse at the early Canadian industrial scene and the roots of Skinny Puppy. Go take a walk in the past with an ear for the future; you just might learn something.

Crash Course in Science are a post punk band that formed in 1979 in Philadelphia.The band members, Dale Feliciello, Mallory Yago and Michael Zodorozny, met while attending art school. They began to experiment with crude electronics and off-beat writing. CCIS avoids conventional instrumentation by using toy instruments and kitchen appliances to augment the
distorted guitar, drums and synthesized beats.Their first single, “Cakes in the Home” was released in 1979 and their 4-song 12" EP "Signals From Pier Thirteen" in 1981.

Pier 13 was an abandoned coal-loading pier along the Delaware River near where CCIS rehearsed. The band went there often and was inspired by the huge silent machinery, shapes, shadows, ghosts and debris. The songs 'Cardboard Lamb' and 'Flying Turns' quickly became club favorites during the early 80's. This EP's raw, percussive sound influenced both techno and industrial music in later years. CCIS feel a strong connection to Throbbing Gristle, although they consider themselves as working in a parallel universe rather than being influenced by them.

All songs have been remastered for vinyl by George Horn at Fantasy Studios in Berkeley. The vinyl is housed in the original jacket featuring stark black and white photos of Pier 13. Each LP includes a double sided 11x11 insert with lyrics, photos of the band and the atmospheric pier. Crash Course in Science go above and beyond what is considered 'New Wave' in attitude and sound.

Lassigue Bendthaus is the electro-industrial project of Uwe Schmidt aka Atom™ or Señor Coconut from Germany. Uwe Schmidt began making music in the early 1980s, first playing drums, then switching to programming a drum computer after he had heard a Linn Drum on the radio. In 1986 he co-founded the cassette label N.G. Medien, on which his first musical work under the name Lassigue Bendthaus, "The Engineer's Love", was released. Soon after, he started to work on what would become his first official record release, the album "Matter". The recordings and production began in 1986 and took almost 4 years, until the album finally came out in 1991 on the German Parade Amoureuse label.

Musically somewhere between late "Industrial" and "Electronic Body Music", yet already anticipating "Acid" and "Techno", this production managed to cause quite a stir, due to its advanced production techniques. Songs pay strong homage to Kraftwerk, approaching the early industrial dance scene with a softer sequential approach than most of his contemporaries. "Matter" is a hermetic reflection about the relationship between perception, nature, science, technology and labor. This reissue comprises the entire 1991 "Matter" LP, as well a bonus 7" record containing 2 tracks never before released on vinyl. All songs on "Matter" were recorded and mixed by Tobias Freund (Pink Elln).

All songs have been remastered for vinyl by George Horn at Fantasy Studios in Berkeley. The vinyl is housed in a jacket featuring the photographic traces of a high-energy photon hitting a proton. Each LP includes a 2-sided insert with original album reviews, press clippings, photos and liner notes by Atom™.

Last year our favorite British post-punk duo NAGAMATZU re-issued their third album, "Igniting The Corpse" on their own label and we are the exclusive US distributors!

1991; a heady year. The Zero issue of Music From The Empty Quarter hit doormats as a resurgence of interest in the grey areas of Electronics, Industrial and general weirdness gained some momentum AND Nagamatzu released what was to be their swansong, the seven-track Igniting The Corpse cassette. Though sadly, soon after the creative pairing of Stephen Jarvis and Andrew Lagowski parted ways, with the latter half since establishing himself as a staple for all that is quality in the field of electronica and stellar soundwork.

Rewind further though. To 1981. Our two like-minds decided it was high-time to feed a love of post punk industrial noise into a cross-breeding of machines, organics in the form of guitar and bass and mould responses into driven, ever-revolving soundtracks of their own. A forging partnership was born and for ten years they garnered a following. Sadly never reaching that ‘breakthrough’ moment, the reason purely being that not enough people bothered to listen. Thankfully we all get another opportunity to hear this important set of UK electronic compositions through this hunky slab of red vinyl on the band’s own resurrected Motorcade imprint…

First to note is the crystalline production and through the aid of a top-notch pressing they’ve upped the bass for a positive tremor-pleasure-ride. From the opening ‘Malaria’ the listener is on a journey brimming with rhythmic forward motion, richly dark precision synthetics aided-and-abetted by effected voice phrases and cut-ups. Trace histories of Cabaret Voltaire and Clock DVA could be examined but in reality Nagamatzu’s re-arranged underworld vision is a sound apart. Bizarrely for me, until now I hadn’t noticed a partial resemblance to Solar Enemy-era Portion Control on the tracks ‘Quietus’ and ‘Legion’; both intensely menacing, yet subtle and precise there are no billowing exploits of noise just a constant threat of mass absorption. ‘Corabella’ and ‘Strain’ contain dense, overwhelming percussion-work and cavernous textured tones but it’s the final ‘Threshold’ which is one hell of an epitaph. Sparse bursts of sound and blunt-stabbing synths tear their way through a disturbing hellish void… And, after.., Nagamatzu were no more. 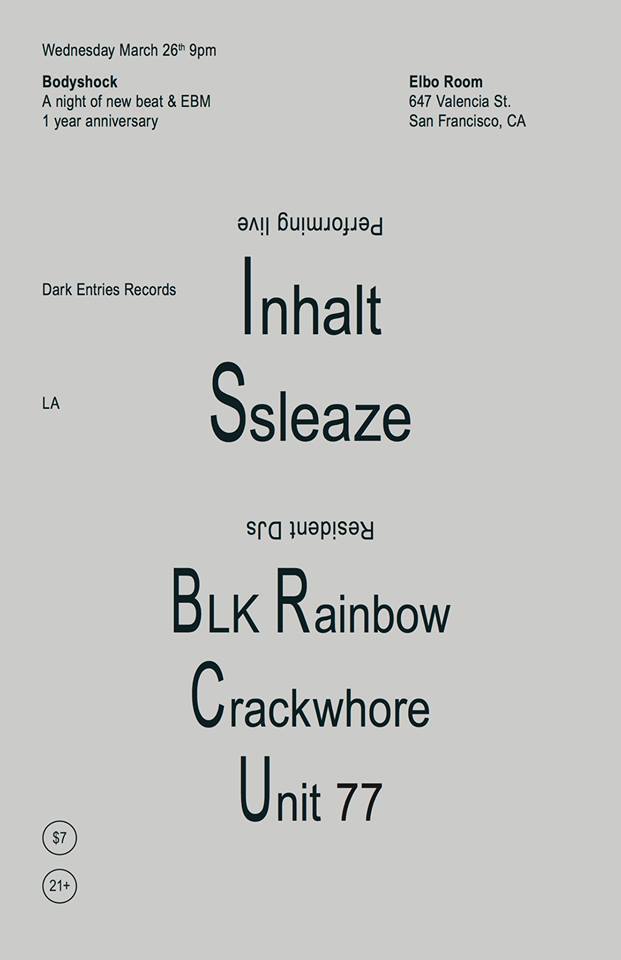 Our next 3 releases are due April 15th: 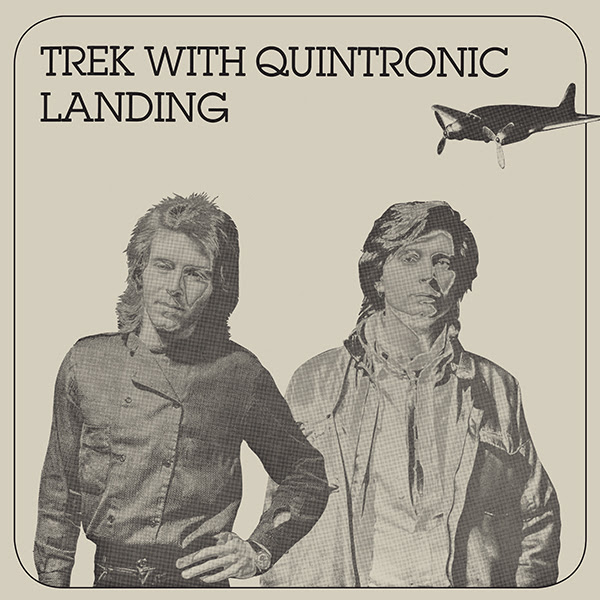 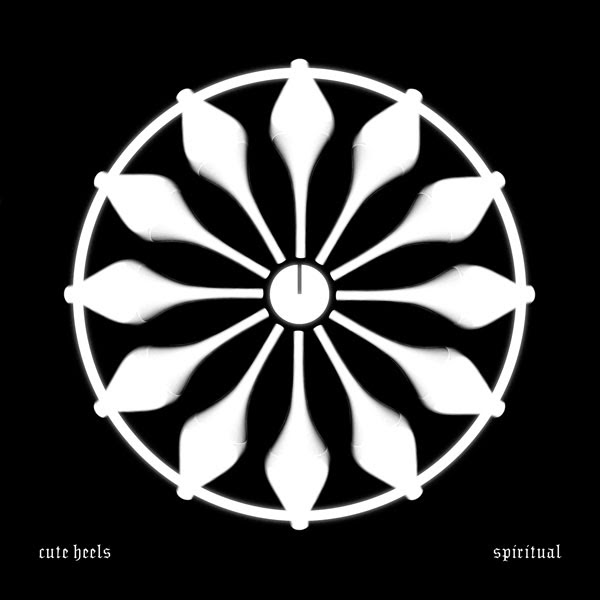 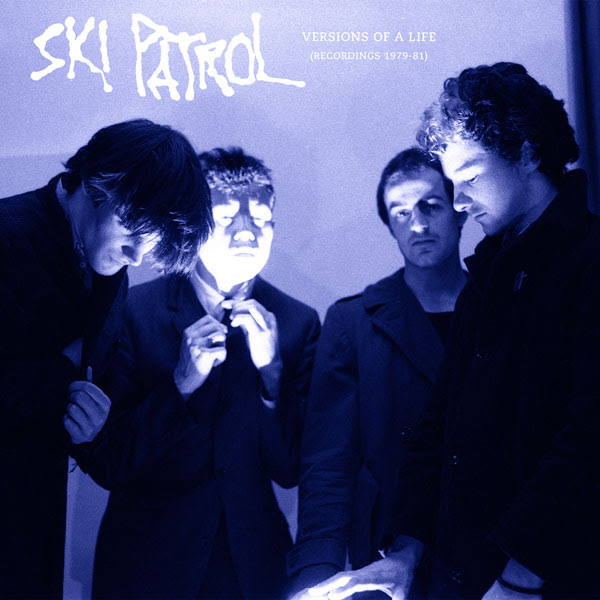