I am proud to announce a legendary German electro/wave band is now part of the Dark Entries roster! 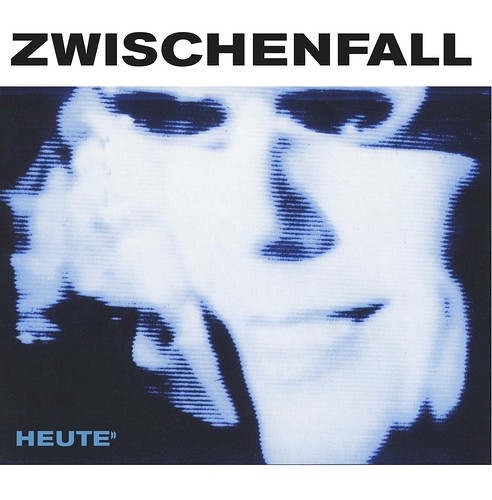 Zwischenfall formed in 1982 with Michael Sass (synths), Martin Urban (bass/vocals) and Stephan Kraemer (guitar/drums)–all of German descent. They were united by musical sensibilities that combined electronic and traditional instruments developing the basis for their 1982 demo recordings. By chance Patrick Codenys of the Belgian electro pioneers FRONT 242 heard two songs and decided to record a 4-song EP for the electro band’s newly formed label MASK. The Heute EP was released in 1983 after a week of recording in Front’s private studio under the direction of sound-whiz Daniel B. Bearing in mind MIDI had not been invented at the time, the recording involved some extensive sound sculpting including the use of individual synths (PPG Wave, Syrinx, Roland System 100, etc.) for separate drum sounds. To create an organic feel to the combination of acoustic and electric guitar, a trumpet and a bass were incorporated into the electronic arrangements.
Sonically way ahead of their time, Zwischenfall have a distinct sound with hard rhythms and melancholic melodies that blend minimal yet catchy electronics to create a very danceable production. Remastered by George Horn at Fantasy Studios, the EP features two bonus tracks from the Heute sessions never before released on vinyl: the uptempo “Tausend Jahre” and “Katastrophe” the demo version of Flucht. The Dark Entries’ release of Heute will include an original press kit with lyrics and band photos and is limited to 500 hand-numbered copies.
Sound samples HERE

If you are interested in a wholesale quantity (5+ of one title), send me an EMAIL requesting exact quantity and shipping location.

The next few Dark Entries Records releases are in the works!!